THE BURNING TOWER by Helena Thompson

Our UK council estate tour of The Burning Tower in association with Bush Theatre was funded by Arts Council England , quicky sold out  , and was seen on London Live , RT , BBC , The Times , TV news :‘A passionate defence of social housing,’ ★★★★ The Guardian, ‘A moving love letter to social housing,’ ★★★★ The Stage,  ‘Next stop must be the Commons’ ★★★★ The Morning Star  The script requests from youth, community and estate groups around the country have been unprecedented. The Burning Tower tours estates and is published by Bloomsbury. To mark the Grenfell anniversary June 14th, SPID has created a free supporting education pack to teach the civic and historic value of social housing, available via office@spidtheatre.com 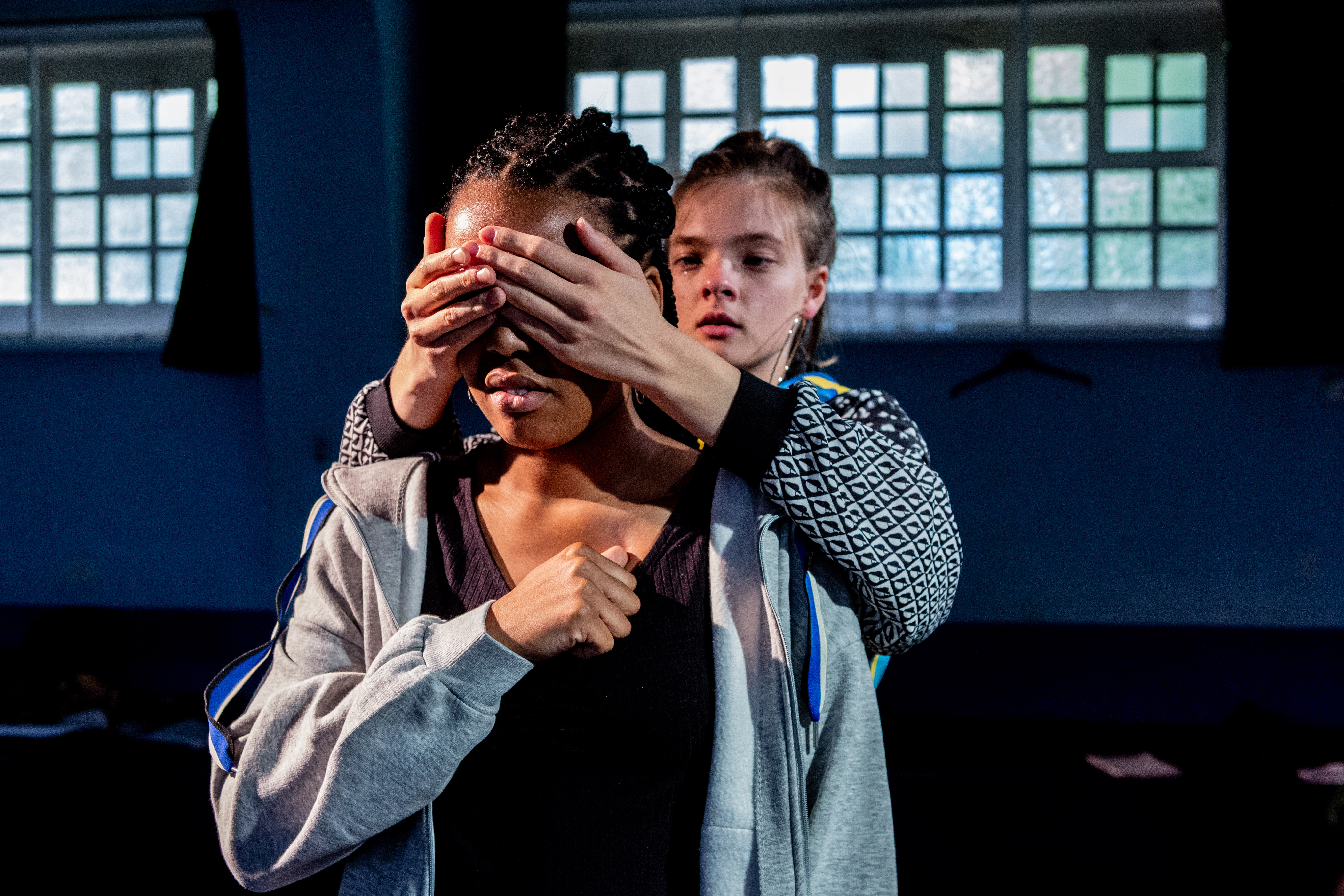 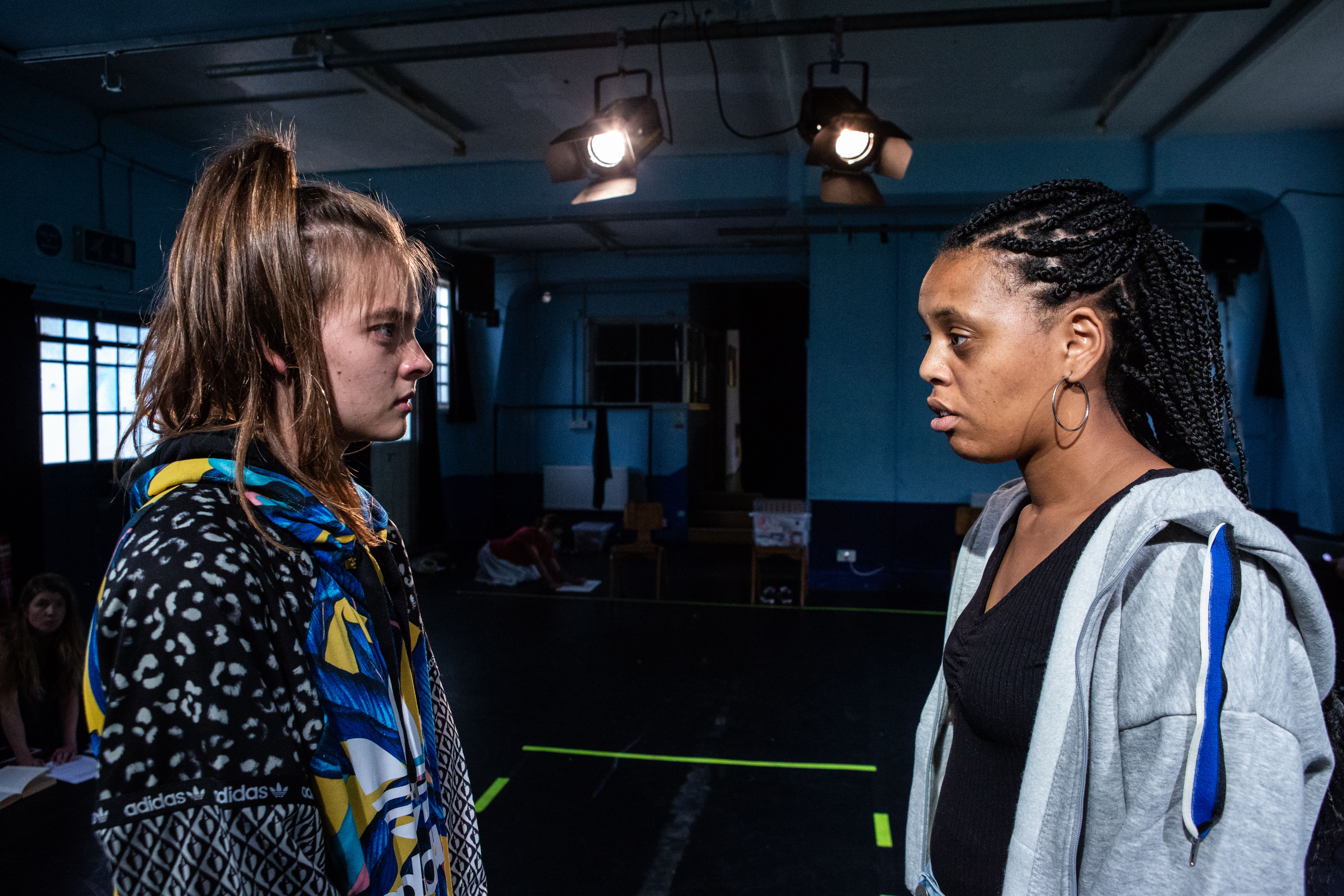 Background Info
The Burning Tower is a dramatisation of the history of social housing and the shadow cast by the Grenfell fire. SPID’s award winning work has championed the voices of social housing since 2005. The show grew out of our Living History program working with residents and young people to dramatise their shared heritage.  It is part of our Grenfell Matters campaign and was originally commissioned as Homes for Heroes to explore council estates’ unique past and value – but after the fire we changed the name (which refs a tarot card within the play) in tribute to Grenfell. The play makes the case for investment in social housing and for valuing the strong community spirit at the heart of these buildings’ architecture. As part of the show’s creation and artistic team, we have worked with young people and residents who lost friends in the fire. The characters are inspired by those we work with.

Story
Sarah and Em are best friends who grew up together on West London estates. Since 2017, they’ve worked hard researching their estates’ past – as Living History youth ambassadors. Today they’re proud to invite us to their presentation on the local heritage of social housing. But Grenfell’s shadow threatens the show as the performance space falls into darkness, fuses blow and Sarah starts to panic. Will the mysterious old latecomer who keeps trying to take over prove a help or a hindrance?

‘And I tell you what, most of us ‘heroes’ – we’re still trapped. Firemen, grown men, seeing flames that ain’t there. Fathers, trying to stay strong and blubbing like toddlers in their sleep. Kids breaking through boarding to dig up the rubble, still searching for friends cos no one’s man enough to tell them that missing, ‘missing’…means dead. …’

The all female company of The Burning Tower consists of three actors: Hayley Carmichael, Bianca Stevens & Alice Franziska and five artists, directed by Hannah Gittos. The script was written by Helena Thompson, an award winning writer and Artistic Director of S.P.I.D. Theatre.

Hannah Gittos – Director
As a director, Hannah has worked extensively for the Lyric Hammersmith. She has co-directed theatre projects in both Feltham and Rochester Young Offenders Institute and specialises in working with socially excluded young people. She directed the multiple award winning “Womanz”, written and performed by Tessa Waters. Hannah is a founding member of the 5* sketch group Comedy Bitch, has worked repeatedly as a performer with the award winning Tangled Feet and took her first solo show, “The Clown T & Me” to the Edinburgh Fringe festival in 2017. She has trained in Clown and Bouffon with the world renowned, Phillipe Gaulier.

Helena Thompson – Writer
Helena is an award winning writer and Artistic Director of S.P.I.D. Theatre. Her credits include The Burning Tower (BBC Radio 4), iAm (nominated for an Offie award), Arthur’s World (published by Oberon, sold out at Bush Theatre in 2015) and High Above the Sky, (animated film which won the ITV First Light award).

Alice Franziska – Em
Alice was born in Cambridge, raised in New Zealand, and eventually transported back to England aged nine. Much to her (and her father’s) disappointment, she lost the accent, but she did gain a love of acting from her new county, Shakespeare’s Warwickshire. Since then she has played roles including Beatrice (Much Ado, SYC), Martirio (Bernarda Alba, Playbox) and “2” in a new piece of writing by acclaimed poet Sabrina Mahfouz (Blame us for the Flood, NYT Epic stages). She has trained with the National Youth Theatre and MN Screen Academy. She is represented by Middleweek Newton.