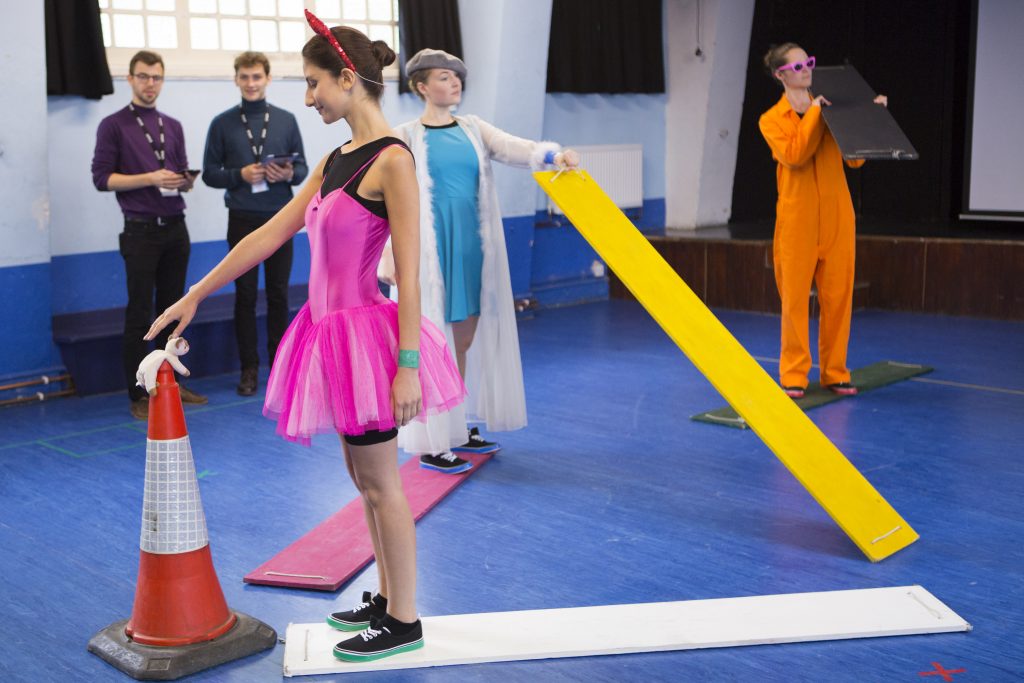 The tour of Mel. Cook & Helena Thompson’s interactive game, iAm 4.0 is now over but the experience can still be booked by companies as a team building event via office@spidtheatre.com.

‘for geniune audience participation, this is a must-see,’ 4 stars, everything theatre

‘entertaining and different, it certainly knows how to engage an audience ‘  a younger theatre

‘ Like that old bonding game Twister but with a modern technology and social twist ‘ green light, Traffic Light Reviews

‘Won’t spoil the plot, but is a nice bit of sci fi involving humanoid robots, and has a nice little unexpected twist at the end. ‘ 5 stars, Audience Club

‘Co- creators Helena Thompson and Mel Cook have succeeded yet again in creating something worth talking about. ‘ 4 stars, Theatre Bubble

‘like nothing I have ever seen or experienced, it opens up a range of moral and philosophical questions,’ 4 stars, Exposure magazine

‘A thought-provoking, immersive show – a series of surprises invite participants to reevaluate their relationship with tech’ Culture Whisper

You have been selected. We offer you a rare opportunity to participate in a secret focus group, playtesting a ground-breaking new technological innovation. Be the first to get your hands on the most exciting new product being developed today; a piece of tech which will revolutionise the way we all live our lives. You will, of course, be asked to sign an NDA, and then, in small groups, will get the chance to interface with this revolutionary product, testing its capabilities and helping us discover how it interacts with you. Come, experience the future.

iAm 4.0 explores our attachment to technology, and the human costs we are willing to accept in the digital age. SPID premiered the show in collaboration with the Bush Theatre London, was nominated for a Off West End Theatre Award, and gained four star reviews  here , here and here .

Co-creator Mel Cook is an experiential theatre director who makes first-person narrative adventures for international audiences, including many transmedia, immersive, and site-specific events, as well as directing classics, new writing, and pervasive games around the world. Graduate of Birkbeck’s MFA in Theatre Directing, and RADA’s Acting BA, Mel. is Artistic Director of Snakebit and Associate of Coney. Mel. has created work for companies including the NT Studio, Southern Rep NOLA, Bush, Finborough, and Arcola; festivals including Latitude, Glastonbury, Wilderness, and LIFT.

Co-creator Helena Thompson founded S.P.I.D. in 2005. Helena’s previous shows Bluebeard’s Wives (ICA, 2003) and Open House (selected as ‘Festival Highlight of the Year’ by The List and Time Out, 2005) are published by Plays International. She was a member of the National Theatre’s attachment scheme and has been recently commissioned by BBC Radio 4 and The Bush Theatre.